Since ROCCO started in 2012 the company has been known as a source of specialist knowledge on International Roaming, its benefits, its challenges and its overall “brand” perception. ARPs have been approaching us with their alternatives to the Traditional Roaming model from day one, asking us for review, endorsement or validation.

Many of them had very compelling ideas. Some of the ARP’s CEOs had directly experienced themselves the effects of Roaming Bill Shock, or were people who recognised that innovation was needed, since roaming was one of the telecoms industries biggest challenges. Most of the ARPs who approached us in the past were convinced they had the right solutions, even if sometimes when we reviewed their new innovative idea, we had to tell them it already existed, in some form or other on the other side of the world.

In a sense, the idea for this report came from these meetings with ARPs and also from a long history of MNOs asking in their strategy meetings with ROCCO “What alternatives are there?”.

Earlier this year, we asked today’s ARPs to let us know about their solutions and from those interviews we produced a report which exposes some real industry innovation which many MNOs and Enterprises may not be aware of.

Featuring 8 Vendor solutions, our analysis and interviews with them this report exposes insights into how MNOs an actively reduce their costs for Wholesale Roaming as we all as offer compelling Retail solutions in the march towards lowering Bill Shock and engaging Silent Roamers. 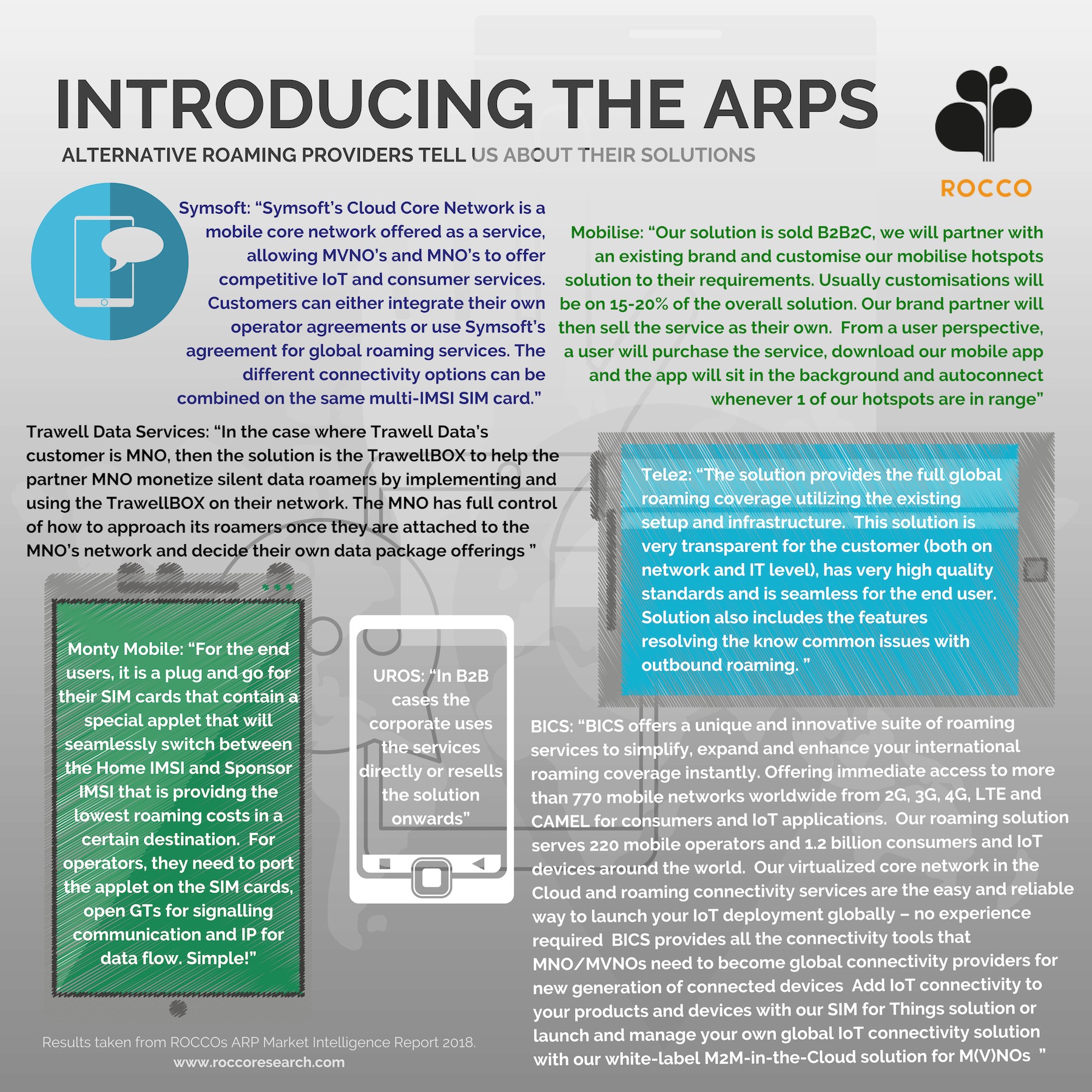 Javascript not detected. Javascript required for this site to function. Please enable it in your browser settings and refresh this page. © ROCCO GROUP